District 60 in the Indiana House of Representatives covers parts of Morgan and Monroe counties (click here for a district map). The House is composed of 100 members representing an equal number of constituent districts. House members serve two-year terms without term limits.

The winner of the District 60 Republican primary will go on to win in the general election with no Democrat contesting the race. .

​Brittany Carroll grew up in Hamilton County and has lived in Center Grove with her husband and three children for 14 years. She is active in the community, currently serves the youth in her church, and enjoys running marathons. Carroll transitioned from her law firm to that of a solo practice to better meet the needs of her children and family during the pandemic. In those preceding 20 months, Carroll remarked that the collective community experiences have opened her eyes to the necessity for local and state leadership who will work to protect the rights and liberties of all Hoosiers.
​​
​ 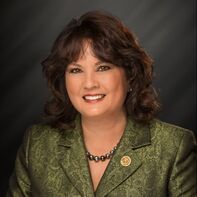 Peggy Mayfield is the incumbent legislator for this district, and was first elected in 2012. She currently serves as Assistant Majority Floor Leader. She lives in Martinsville and co-owns Mayfield Insurance in Mooresville​. Mayfield did not respond to the Chamber's requests for an interview.

District 62 in the Indiana House of Representatives covers includes all of Brown County and parts of Monroe and Jackson counties.  (click here for a district map). The House is composed of 100 members representing an equal number of constituent districts. House members serve two-year terms without term limits.

Representative Jeff Ellington will not be running for re-election in this district, leaving it an open seat.
Democrat Primary Debate District 62 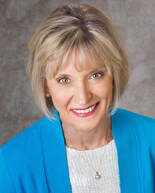 Penny has a Bachelor’s Degree in Chemistry and Math Education from Purdue and a Master’s Degree in Educational Psychology from IU. She taught science and math as a Peace Corps Volunteer in Kenya, followed by years of experience in the education and public policy. She is now a County Commissioner, where her focus has been on homelessness, health, and issues surrounding mental illness and substance use disorders. Penny grew up in Richmond, Indiana, and has seen many changes over the years. Decades ago, teachers were respected and earned a living wage. Today, teachers in Indiana are underpaid, which has led to a severe shortage and dwindling numbers in teacher education programs. We need to increase funding for education.
​

​​With a law enforcement career that spans more that 30 years, culminating in two terms as Monroe County Sheriff, Brad Swain wants to continue his public service by serving as your representative in Indiana House District 62.   Near completion of his second term as Sheriff, a term-limited office, Swain seeks to continue serving the public in the state legislature.  Swain has served the citizens of Monroe County as Sheriff since 2015, and has worked in the Sheriff’s office for 36 years. He spent the majority of his tenure as a detective specializing in crimes against women and children. He worked with many review teams, including the Child Protection Team, the Child Fatality Review Team (which he helped found), and the Sexual Assault Response Team. As Sheriff, Swain served as the representative for the Indiana Sheriffs’ Association on the State Sexual Assault Response team. ​ 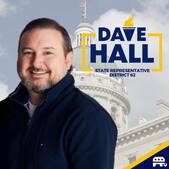 Dave Hall was born and raised in Southern Indiana.  He and his wife, Bradie (Ritter), were married in 2006 and built their home on her family farm in Northwest Jackson County in 2008.  They are parents to three(3) daughters; thirteen(13) year old twins Hayden and Sydney and eleven(11) year old Gabby.  Dave is a 2001 graduate of Brownstown Central High School.  Dave is a 20 year small business owner (Dave Hall Crop Insurance) and also farms 500 acres of corn and soybeans with his dad.  The Hall Family are active members of Restoration Church of the Nazarene in Bedford.

Greg Knott was born in Bloomington, Indiana. He earned an undergraduate degree from Indiana University in May 1997. His professional experience includes working as a defense contractor at Crane NWSC, in IT consulting for a contractor serving the state of Indiana, and as an IT admin and CAD tech for a land surveying, civil engineering, and GIS firm. Knott has served as a member of the NRA, Indiana Gun Rights, and Young Americans for Liberty. He has also served as a volunteer for Seven Oaks Classical School and as a court appointed special advocate for Monroe County.